A sponsorshipagreement is ready with the Swedish company Ocean Modules regarding usage of state of the art ROV’s (RemotelyOperated Vehicle). Ocean Modules will provide ROV’s to Ocean X Team at the different planed expeditions during 2012. Ocean Modules different models ofROV’s have proven their capacity in rough conditions, for example in the North Sea. Please check the link for more information about Ocean Modules; www.ocean-modules.com

A commercial opportunity out of the ordinary.

Ocean X Team has found a disc shaped object on the sea floor at 85 meters depth, but what is it?
Well, we do not know but your company should really not miss the chance of being highlighted in front of hundreds of millions TV-viewers when we found out.

We are also looking for investors who are interested in the object and can see the potential value.
For more information about investment please contact us.

Ocean X Team in negotiations with clothing company regarding a new brand; OceanX, a line of clothing for rough sea- and outdoor conditions.

Treasure Hunters Plan to Confirm their Find with Scientific Answers

STOCKHOLM, Sweden – 8/9/2011- On June 19th the Swedish-based diving company Ocean Explorer discovered something they’ve never quite seen before. They were exploring in the Baltic Sea between Sweden and Finland looking for sunken treasures when a very unusual image suddenly appeared on the sonar. A 197 feet diameter cylinder shaped object was discovered at the depth of approximately 275 feet. Treasure hunters, Peter Lindberg, Dennis Aasberg are in the midst of planning for their next excursion; to find out what’s there, and how it ended up in the Baltic Sea. Ocean Explorer’s Operation Baltic Discovery will unveil what people around the world are waiting to find out- What’s really there?

“We need to know what we’ve found. Media has been speculating about everything from UFOs to Russian space ships. What we know at this point is its size and shape and we also know, based upon the sonar image, that there is a ridged tail going from or to the cylinder shaped anomaly of about 1 600 feet throughout the bottom of the sea,”said Peter Lindberg, one of the professionals at Ocean Explorer.

“We cannot tell when it was placed in the Baltic Sea, if the object was dumped into the sea or if it’s a natural phenomenon,” continues Mr.Lindberg.

“We are determined to successfully complete our mission of finding out what’s at the bottom of the Baltic Sea. Because of the sea depth, it is a risky operation that requires a lot of planning, strategy and financial resources,” said Dennis Aasberg, one of the three professionals at Ocean Explorer in Stockholm, Sweden.

Videos from the excursion and the remarkable sonar image are available on www.oceanexplorer.se

Ocean Explorer has been conducting various diving excursions in North Europe for over 20 years. Their main focus has been to search for hidden treasures such as antique high-end alcoholic beverages and historic artifacts. Some excursions include the salvaging of champagne bottles from the wreck Jönköping in 1997. The treasure hunters, Peter Lindberg, Dennis Aasberg have been in the maritime industry since 1995. 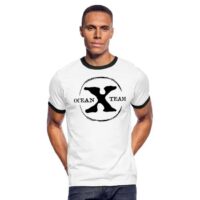